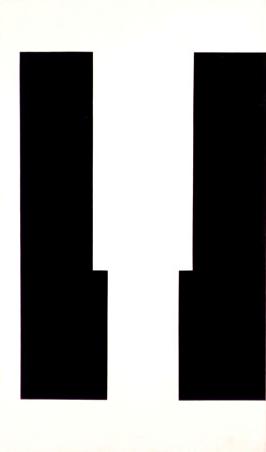 Carmen Herrera is a highly successful minimalist artist. Her radiant geometric paintings are on display at the Museum of Modern Art in New York, the Hirshhorn Museum in Washington DC and the Tate Modern in London as well as commanding high prices all over the world.

Originally from Cuba where she studied architecture, she moved after her marriage to New York where she took a course in art. Subsequently she and her husband spent some time in Paris and it was here that she discovered geometric art at an exhibition. She was immediately consumed with passion for this kind of painting and knew it was the path she wanted to take. It meant changing her whole way of thinking and learning how to paint again. Gradually she refined and distilled her art, paring things down to their essence; she began to find her unique voice.

Her big break came when a friend put her name forward as a replacement when one of the artists in a New York exhibition of female geometric painters suddenly had to drop out. A collector bought five of her paintings and word quickly spread to other collectors. Before long her work was being snapped up all over the globe.

… until we fill in some of the dates.

Carmen Herrera was born in 1915. She started to paint seriously in her late twenties. Her lucky break came just five years ago at the age of 89.

– Looked at from the outside, not much. She didn’t sell a single painting. Most days her husband would go off to work in the morning and she would get the housework out of the way and then paint; for hours and hours. Every now and then they would move to cheaper neighbourhoods so that she could continue to paint. Year after year she struggled with her art and her own limitations and found the way to move her passion forward.

Now Carmen Herrera is not your typical leader – a solitary woman artist, an immigrant, someone born before her time – but there is much about her that teaches me about the art of leadership:

–        and she is a magnificent example of the sheer indomitability of the human spirit!

We often think it’s all ‘out there’ – the challenges, difficulties, blocks, stuff to get done. But time after time history shows us that the real struggle is internal. The leader finds their true voice deep inside and is thus able to walk their talk on the outside.

Can you learn leadership and self-leadership? Certainly, though it will be different for everyone. It’s important to build your own awareness and find the space to look at your own practice. It doesn’t always take 94 years!