Do You Have Agency? 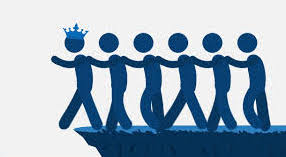 What values do you subscribe to? Do you ever write them down? We talk about values quite often in coaching. Mostly, I admire every value, even ones that I don’t hold so close to my heart. But every time I do the exercise, I realise there are one or two values I just don’t personally believe in.

I like humility. I acknowledge human frailty. I like “I don’t know” as a valid response; also “you choose”. I respect the need to comply with laws. But obedience?

Imagine! This from someone who started education at a Catholic school at a young enough age according to the maxim for the Jesuits to be able to claim me as one of their own. You know: “Give me the child for the first seven years …” Obedience was a big part of the teaching in the school. I learned very well not to question what I learned but just to learn it very well.

But the world taught me otherwise. How can it ever be a valid response for any adult when they have committed a serious mistake to say, “I was obeying orders” or “I was doing what I was told.” It certainly wasn’t taken as a valid defence at the Nuremburg Trials after the 2nd World War. Valid in a marriage maybe, though “obey” has now largely disappeared from the woman’s promises in the Anglican Church wedding service, including at royal weddings (the Queen promised to obey Prince Phillip at their wedding but you’d think the promise must have clashed occasionally after she became Queen).

The commonest defence of the wrongdoer is “I’ve done nothing wrong,” the short cut – in the rare cases where the person actually believes their own defence – for “I was obeying orders” or “I was doing nothing actually illegal”. So that’s okay then. After all, many acts that do untold harm to human beings and the planet are not actually illegal when done in an official capacity as part of a corporation or government.

It has always struck me forcibly that if we have the gift of intelligence it is to be used. And that must mean learning to take responsibility for ourselves on the rightness or otherwise of particular actions.

That of course is how a whistle blower thinks, but the history of whistleblowing is not a happy one. Okay then, children: they must learn to obey, surely? “Yes, but …” is my answer. Osho writes in his book Intelligence (I recommend it): If my child doesn’t have a clear and unwavering “no” in his vocabulary, how can he speak out against social injustice? How can he develop an equally compelling “yes,” and know that his choices are authentically his own, that his voice is internally driven? Insistence on unwavering obedience doesn’t serve even a child well. (And thinking of children, what a wonderful example of a child using her intelligence is Greta Thunberg!)

There’s another thing about obedience: a life of unquestioning obedience tends to dull the soul. When work consists of doing what you’re told to do, and relationships consist of going through the paces and social activities are empty formalities, something important is missing. It’s a world of ‘it’s not allowed’, and ‘can’t’ and ‘shouldn’t’ and ‘must’ and ‘ought’, and it defeats us.

Depression has many causes, but a contributory factor is often a lack of agency. When you feel that nothing you do makes a difference – your vote doesn’t count, your work achieves nothing, nothing you do changes your relationships – then you lose heart. Literally, you lose heart: your heart atrophies. Lack of agency takes the vitality from your movement and the spark from your eyes. Have a look around you. How many are walking automatons?

Alternatively, you might wake up today, and your life is the same, but you make something unexpected happen. You decide to get off your commuter train a stop early and you walk the rest of the way – it happens because you decided it – and the leaves are falling in droves from the trees and there’s a light wind whirling them into mini-storms, making them catch the light. You capture that small miracle because of something you decided, and your heartbeat quickens.

One of our most important tasks must be to reclaim that agency; there’s always something you can decide and then do. It might be tiny; it might seem the act of an idiot against the system, but you decide it and the act itself pleases you. Nelson Mandela decided to treat his prison guards with courtesy, even as they continued to maltreat him. His decision gave him agency and gave him energy and courage, even in the face of not making one jot of difference. In time, of course, it did make a difference.

It is true that sometimes there is little we can do to improve our lot, but there is always a basic question: “Do I actually want to be happy, energetic and well, or do I prefer to nurse unhappiness, resentment and illness?” There is a huge difference in spirit when you decide to have agency. Your eyes shine once more and you see the world as a different place. You cannot not affect your world when your spirit awakens.

I’ve quoted e e cummings many a time. His poem I thank You God for most this amazing includes the words:

(i who have died am alive again today,
and this is the sun’s birthday; this is the birth
day of life and love and wings and of the gay
great happening illimitably earth)

e e cummings was talking of himself of course; as am I of myself. Awake, ears! Open, eyes! I hope it talks to you too 🙂

TEDx Talk – How Your Voice Touches Others: the true meaning of what you say

The sound of your voice conveys far more than the words alone, and not always what you might be hoping to convey. When you show up for real it’s a different story: your voice tunes into something genuine within the other person and they respond with connection and trust. If you want to solve problems today, that’s where to start.

Find the talk on TED or on YouTube, and please share it if you like it. I just loved doing it, and Norwich TEDx Ed is a fantastic event run by amazing people.

Capture the essence of successful communication.

If you enjoy the TEDx Talk, you’ll love my book The Art of Communication, which goes deeper into what allows us to connect in a profound way with each other. When we find ways to be real in our communication, unexpected possibilities arise and amazing things can and do happen. If ever there were a time …

See my other books here.

Paul Meek was one of my co-black belts when I practised Aikido. Paul has practised mindfulness since a chance encounter in 1997 on a train in India with a nun who studied under the Dalia Lama. Meeting Paul, you’d be able to tell his connection with mindfulness by his quiet presence. He is author of the eBook series, The Silence Between the Noise, and shares his experience of how to establish mindfulness for greater wellbeing in his blog Establish Mindfulness.

Get in touch for workshops on communication, leadership, voice and walking your talk, assertiveness and NLP.

– also for one-to-one coaching. I’m constantly surprised at how even one session can make such a difference to people’s confidence, decisiveness and – yes – their agency.

And, if you’re in London on Saturday, 2 November …

The Brandenburg Choral Festival is London’s biggest and broadest celebration of all things choral, bringing fantastic choirs into unique central London venues. If you’re near St. Stephen Walbrook near Bank on 2 November, come and enjoy the Harlequin Choir from Guildford in the evening (yes, my chamber choir!) You can get more information and discounted tickets on this special link.