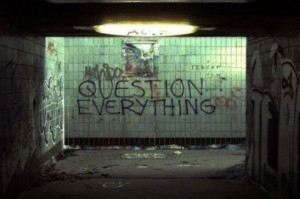 This fine summer continues. And I’m feeling out of control. With coronavirus here to stay and immunity probably short-lived… With climate creeping towards the cataclysm… With the state of the country – What can I do? Vote? My constituency’s been the same since 1950… With all the lies… a few minutes checking proves them to be lies. Why aren’t we all calling them out? Why do they get away with it?

I’m asking myself this last question as I listen to the podcast of Greta Thunberg (Summer with Greta) describing the tumultuous past year of her life. And then she says, in her perfectly enunciated English,

“If I’ve learned anything in my travels around the world, it’s that the level of knowledge is almost non-existent.”

When I lived in Rome, someone told me that Italian security devices were always trialled in Naples first, as that city was so full of rogues that if anyone anywhere could break a lock, a Neapolitan could. If a device passed that hardest of tests, it was considered secure.

Good story, and I like the strategy. When I look at school teaching through this prism, I find that the whole notion of teaching children facts lacks rigor. Who tests the facts? Shouldn’t we be teaching children, Naples-style, how to test the veracity of what they are taught? (I know – against all the odds, good teachers still manage to do that). Moreover, outside school, all over the world, isn’t that what we all need now? – desperately? If ever there were a time …

Recipe for trouble? Clearly; but even so … I propose a curriculum subject called: Truth Seeking, Detective Work and Scepticism

(First, what a delightful word, scepticism: one hard c and one soft c, both followed by e or i: bang goes a spelling rule straightaway, how satisfying.)  First lesson can be about the limitations of facts and rules – they all have limitations.

My own education was full of rules and facts. My Oxbridge-educated history teacher taught us to make notes, precise and numbered just the way she spoke it. E.g. “There were 4 reasons for the outbreak of the War of Spanish Succession: first …  second …”, all cut and dried. It was a bit like the 1930s book, 1066 and All That by W C Sellar, (brilliantly ironic but that’s another story), which classifies events as “a Good Thing” or “a Bad Thing” – just so as you know.

This describes fairly accurately Michael Gove’s approach as Education Secretary in 2011. Gove said he wanted more “facts” in England’s national curriculum – by which he meant an unironic 1066 version of monarchs, generals, wars and empire (benevolent, British). He also wanted to pin down language with factual labels such as modal verbs and fronted adverbials. (Not sure of the precise denotation of the latter, dear reader?  It’s “a word or phrase used, like an adverb, in the front of the verb or clause” as for instance, Unfortunately…,  or, Yesterday…. Glad we cleared that up – it’s still in the Primary school curriculum).

So, back to my new school course on Truth Seeking, Detective Work and Scepticism. Here are 5 simple principles to start us off:

Before later revisions of the curriculum, children were actually encouraged for a few years to undertake detective work in history learning and examine source materials. What a brilliant innovation to teach children to ask, “Who says so?”! Better still to follow up with “And what axe had they to grind?” but one step at a time.

“Henry VII was very good at answering the Irish Question, and made a Law called Poyning’s Law by which the Irish could have a Parliament of their own, but the English were to pass all the Acts in it. This was obviously a very Good Thing.”

“The Roman Conquest was, however, a Good Thing, since the Britons were only natives at that time.”

“The Romans said so. That’s it. No more questions.”

“So, children, yesterday, – which is an example of a fronted adverbial …”

Interruption: “Miss, who says so?”

The “Who says so?” approach might then develop into learning about bias – in grown-up terms “prejudiced opinion,” “one-sided point of view,” and “specific inclination.” Later in the curriculum this would lead to discussion of unconscious bias, justice, equal opportunities, diversity and inclusion – wouldn’t that be something?

Flat earthers; wearers of Elizabethan (Elizabeth I) cosmetics (white lead is sooo good – who knew it killed you?!); voters for Hitler and other conscienceless demigods since; the millions of followers of all religions that aren’t your own true religion if you have one; climate emergency deniers; people who think coronavirus is over (Bournemouth Beach was sooo good – who knew it killed you?!); people who sit down with calorific beverages and watch people running about with a ball instead of running about with a ball themselves (sorry, delete the last) …

Realise that weight of numbers of itself never makes something right or wise.

The sleeping tablet Ambien is one of the most commonly used insomnia and jet lag treatments in the world. Yet a decade or so after its approval, reports emerged in 2013 that women taking the recommended dose were behaving bizarrely or having accidents. They discovered that the recommended dosage was based on men and was double what it should be and actually dangerous for women. This situation is still mirrored in numerous pharmeceuticals today. Who knew?

“Lockdown: just stay in your house, walk in your garden and enjoy life at home with some exercise in your local park or countryside.”
Hmm, excuse me – two bedroomed 24th floor flat in city suburb, no garden, gig economy sporadically employed partner, 3 children of different ages to home school, no computers, precious little money coming in, eviction imminent, food cupboard bare? … who knew?

Find out exactly who is stating the fact, and what their interest might be in the matter.

Do you remember the positive comments phase in primary schools a while ago, when teachers were strongly encouraged to write only positive statements in children’s reports? Facts maybe, but not very enlightening. Parents who wanted to pick up anything useful had to learn the art of reading between the lines. After a while, it became perfectly clear to everyone that, “Johnnie sometimes cooperates with other children on tasks” meant “Johnnie is a pain in the neck, and catastrophically disrupts lessons 99% of the time.”

With similar reasoning we might state confidently that, “Edward Colston (of the famous statue) beneficently endowed schools, alms-houses and hospitals in Bristol. This was a good thing.” And a fact, as far as that goes. But, as we now know too well, it is far from the whole story of that buyer and seller of slaves, so far-from, you would say, as to constitute an outrageous lie about who he really was.

Many “facts” are extremely slippery. A fact never tells the whole story.

In The Art of Always Being Right, or 38 Ways to Win an Argument written 125 years ago, Arthur Schopenhauer collected dishonest tricks debaters use and explained how they worked. It’s partly the art of logic, but also understanding how to deal with obfuscation, diversion, full frontal attack and shamelessness. It’s a gold mine if you want to win arguments AND if you want ways to counter people who use dirty tricks in debate.

For example, trick 2: “Use different meanings of your opponent’s words to refute his or her argument.”

One of many subterfuges used by the Leave campaign in the EU Referendum was always to refer to an invented word “Brexit”, instead of talking about the act of leaving the EU. Once you have an abstract term it can mean what you want it to mean, and you can change the meaning mid-sentence in an argument. “Brexit” has worn thousands of different hats in the past 4 years! Thus, the hidden joke of “Brexit [what you think it means] means Brexit [what I think it means!]”. You can even use sleight of hand to “get Brexit done”.

Here’s the whole list of Schopenhauer’s stratagems if you’re interested. Such tricks are employed by politicians and business people all over the world – it’s a great list to study if you wish to survive the next decade! You could of course, heaven forfend, study it to become the next populist leader; but I hope you will see it as a powerful tool for countering attacks on the public good.

Imagine a future where young people grow up with greater understanding of how things work, where it is much harder to hypnotise them with parseltongue. Where they can’t be manipulated with hate campaigns, false bogeymen such as immigrants or false gods such as fool’s gold or populist ‘saviours’. Where they appreciate the subtle hinterland of “facts”. Where they understand humour, irony and speaking between the lines. Where they are able to hear falsehood in a tone of voice and feel truths that are unsayable. Essential for the highest leadership too. Now there’s an education! There’s some hope for humanity!

My facts? Your facts? Pouf! Nonsense!  To quote Einstein (as always),

Education is not the learning of facts, but the training of the mind to think.

I’m sure the remarkable Greta Thunberg would agree.

Warm good wishes to all,

Time to blow my own trumpet – was in lockdown for too long!

Just heard, my book The Voice of Influence is being translated into Arabic – to be published after Christmas. So that’s 11 languages now.

Recent email to me from someone who read The Art of Conversation in lockdown:

“Your book ‘The Art of Conversation’ is really great – warm, accepting, celebrating the possibilities of conversation, realistic about challenges, but also giving easy and fun exercises, pointing the way towards practice and skill.  So many thanks. I have never written to an author to thank them for their book before – you are the first!”

I’m on a roll! A colleague in Canada sent me this on my TEDx talk:

“I watched the video of your TED talk with enormous admiration. It was superb as to both content and delivery. I believe in your message about the benefits of speaking in your real voice but it’s a risky thing to do. It takes courage because you become vulnerable and that’s too scary for many people. I think it’s well worth the risk because that’s the only way one can really reach people, – along with listening with empathy to what they have to say in response.”

The Art Of Communication [my most recent book]. Here’s some of the things you’ll appreciate about this book: ~ Whole-Mind listening: Listening with both your left and right-hemispheres of the brain to capture emotional depth, tone of voice, and other specifics. ~ How to guide a conversation: Even unexpected conversations can lead to powerful realizations. ~ The power of vulnerability in conversation. It’s a strength and a sign of trust. Dear product manager, add this to your COVID-19 reading list!👍🏾 Thank you, Judy Apps♥️

Okay, I don’t do this very often. Just now and then!

This year of uncertainty is a great time for coaching. Coaching is for those who are so full of promise that they deserve help to fly high. It’s also for those who are struggling. It’s for leaders who are senior enough to be isolated, and for those who are just stepping into new roles. It’s for business success; it’s for personal relationships. So don’t hang back because you think you’re not quite the kind of person who has coaching. It’s more than likely that you’re exactly  the kind of person who will benefit. If you want to talk to me about it, get in touch at judy@voiceofinfluence.co.uk.

Let me know if you’d like me to give a talk to your organisation – on communication, conversation, confidence, voice, connection, interactive leadership, or a subject to decide between us. Contact me in the first instance at judy@voiceofinfluence.co.uk.