When You’ve Passed Through All the Lies 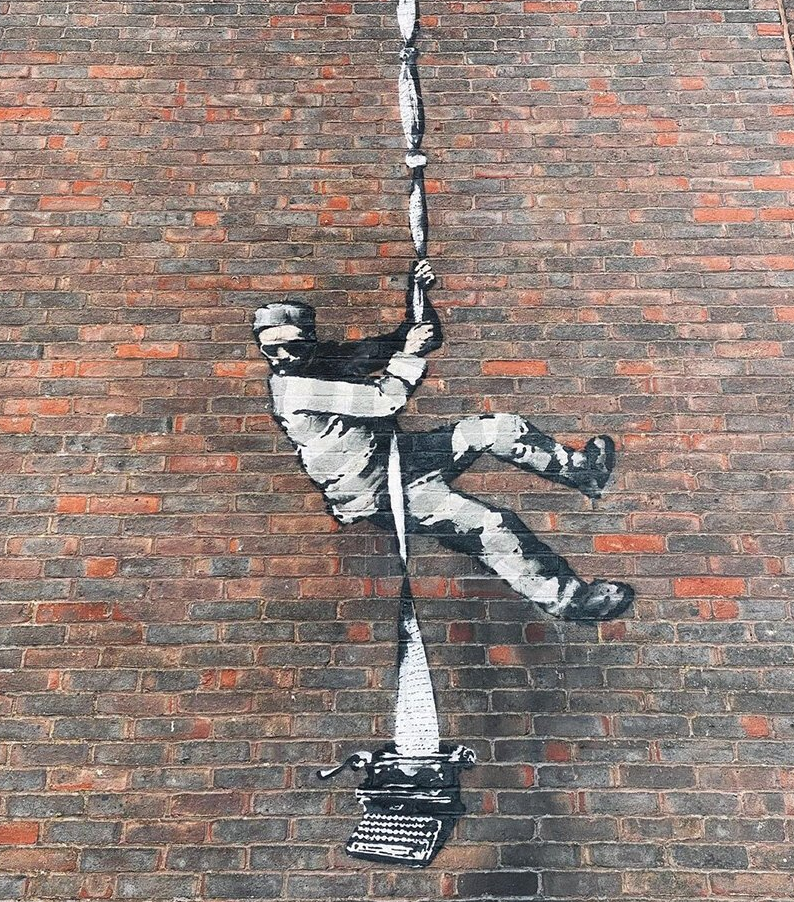 If you’re lucky enough to live long enough, you get to an age when you realise you are going to die. When you’re younger, you think you know that, of course you do, but you don’t, not really. With this realisation, living long enough, you get to understand that the great prize is being alive. Just that, how you manifest being alive. It never was about being the best singer in the world, of conquering the highest mountain, having the most money or power, or saving ten thousand souls. It wasn’t even about leaving things behind for people to enjoy, though that’s a nice thing to do. With reluctance you realise it wasn’t even about learning, though that is a good way to live.

Some people are alive and share their aliveness to energise and inspire; some are Death Eaters and drain and destroy. Both types are to be found anywhere and everywhere.

Casually watching Grayson Perry’s Art Club the other evening, I chanced upon aliveness. Grayson has it in spades, life without artifice; which is the weirdest thing to say of an artist who is perhaps best known for dressing up as a little girl. But aliveness is happy with paradox: creating a character and hiding behind a disguise aren’t the same thing, he’s very open about that. If you’re hiding behind a disguise, you’re not fully living because you’re not free. And then you can’t plough your own furrow, which means fully to live. He’s a pretty good example of someone who has found the courage to be himself, I think.

One section of his programme showed a film of a graffiti artist creating a stencil on a wall, and then we see that the stencil is a Banksy artwork, which appeared on the wall of Reading Prison – where Oscar Wylde was imprisoned – very recently. It depicts a prisoner escaping down a rope made of twisted paper, weighted by an old-fashioned typewriter. It suggests – amongst other things maybe – that however locked-up or locked-down you are, there’s always space and freedom to create in your own imagination. Banksy – there’s another creative, full of the life force, ploughing his own furrow…

Talking of furrows, the poet Gerald Manley Hopkins was another who brought gold to his own furrow:

No wonder of it: shéer plód makes plough down sillion
Shine, and blue-bleak embers, ah my dear,
Fall, gall themselves, and gash gold-vermilion.
from The Windhover

Finding shine and fire in the ‘plod’ of every day…

But back to Grayson: next he selects a bold and brightly coloured picture of nature created by a viewer. He phones the artist and it turns out to be a lively young disabled woman (cerebral palsy? – it’s not the point), who creates computer generated paintings using her eyes only. What shines through is genuine talent together with boundless delight and enthusiasm; she is so clearly who she is, full of life, also ploughing her own unique furrow. One more for life. Grayson is humbled, and I am too.

Finally, I think of Clive James, who died at the end of 2019. I’ve been half in love with Clive James since I read his Unreliable Memoirs half a lifetime ago. A polymath and huge wit, he lived an exciting varied life in the public gaze. His daughter Claerwyn spent time with him through his cancer and wrote that it was an immense privilege to be with him in his last months and weeks. She said that after all the fame, success and pride in his own brilliance, in his final illness he returned to what he really was: “He was sort of incandescent, really. It felt like he had passed through something. At the end, you’ve passed through all the lies you tell yourself about what life is about, and what you might accomplish. You know what’s coming. He just appreciated everything in this astonishing way … His world had shrunk to this room and yet, every aspect of his life was filled with meaning… Everything was extraordinary.”

I like her comment, “You’ve passed through all the lies you tell yourself. … he returned to what he really was.” I think that’s my theme. We all have a self-image that’s “improved”, like a Zoom image after you’ve used the “Touch Up My Appearance” feature (yes, it exists!). We all tell our stories with inconvenient facts edited out, and it takes an invisible toll. But some come through, and succeed in finding the freedom to be themselves, to be fully alive, in whatever circumstances they find themselves. I never quite realised before what courage it takes to be like that, especially in this world where trolls are happy to destroy people – especially those who plough their own furrow – through misinformation, division and hate, with the tools to do it.

I want to seek out those with the creative life force: their energy affects us as nothing else can.  There is much life and free spirit in the world – my list is getting longer by the day. If you choose people with inner life, their life-giving energy rubs off on you.  Who would you choose? Let me know. Let’s celebrate together!

David Whyte often has wise words on this subject. Here’s an excerpt from his poem Sweet Darkness (link to whole poem):

You must learn one thing:
the world was made to be free in.
…
anything or anyone
that does not bring you alive
is too small for you.

Which leaves me with a question for you and me to ponder. It’s this:

“When you have passed through all the lies you tell yourself, what is the you that you really are?

When do you feel most yourself? For sure it’s the best of you. Cherish it: it’s pure gold-vermilion.

Did you know that you can gain similar benefits to my popular Voice of Influence Training (which I’m not running currently) through online one-to-one coaching – and at no extra cost, with the time spent entirely on what will benefit you most. Contact me if you want to know more. I have various packages that might suit you, a typical one being 3 separate sessions of coaching over a period of about a month, with space between sessions for you to practise in real life what you are learning.

My books, of course

I’m so happy if you have a look; even happier if you buy! Happiest of all if something I wrote means something to you.

The Art of Communication
How to be Authentic, Lead Others, and Create Strong Connections. Relationships can be the hardest thing in life and also the most rewarding and fulfilling. This book explores ways to deepen your connection with others.

The Art of Conversation – Change Your Life with Confident Communication
My most popular book currently. It’s a great handbook to help you communicate better in every situation. Full of practical hints and tips.

Voice and Speaking Skills For Dummies
contains a wealth of resources for improving your voice and communication. Great to dip into for particular voice and speaking issues.

Butterflies and Sweaty Palms – 25 Sure Fire Ways to Speak and Present with Confidence.
This is the book for you if you ever suffer from performance anxiety. Get rid of your nerves now! The information is tried and tested, and highly practical.

Voice of Influence – How to Get People To Love to Listen to You.
Now published in 9 foreign language editions! Acquire the voice you would love to have and transform your impact.

A few sessions of one-to-one work with a coach might be the answer to your situation during this difficult time. Whether it’s about relationships, or feeling stuck, or wanting to give yourself a better chance of advancement, or wanting to find who you really are, coaching gives you a unique space to deal with issues in your life. Online or telephone coaching works brilliantly. Contact me if you want to have an informal chat about it – by email in the first instance.

Aikido and Communication Webinar
– in which I explore the subject of communication with master of Aikido Quentin Cooke, Aikido 7th Dan, in a webinar attended by martial arts practitioners and others interested in the somatics of communication. Sounds specialised? I assure you it’s full of nuggets for all of us.